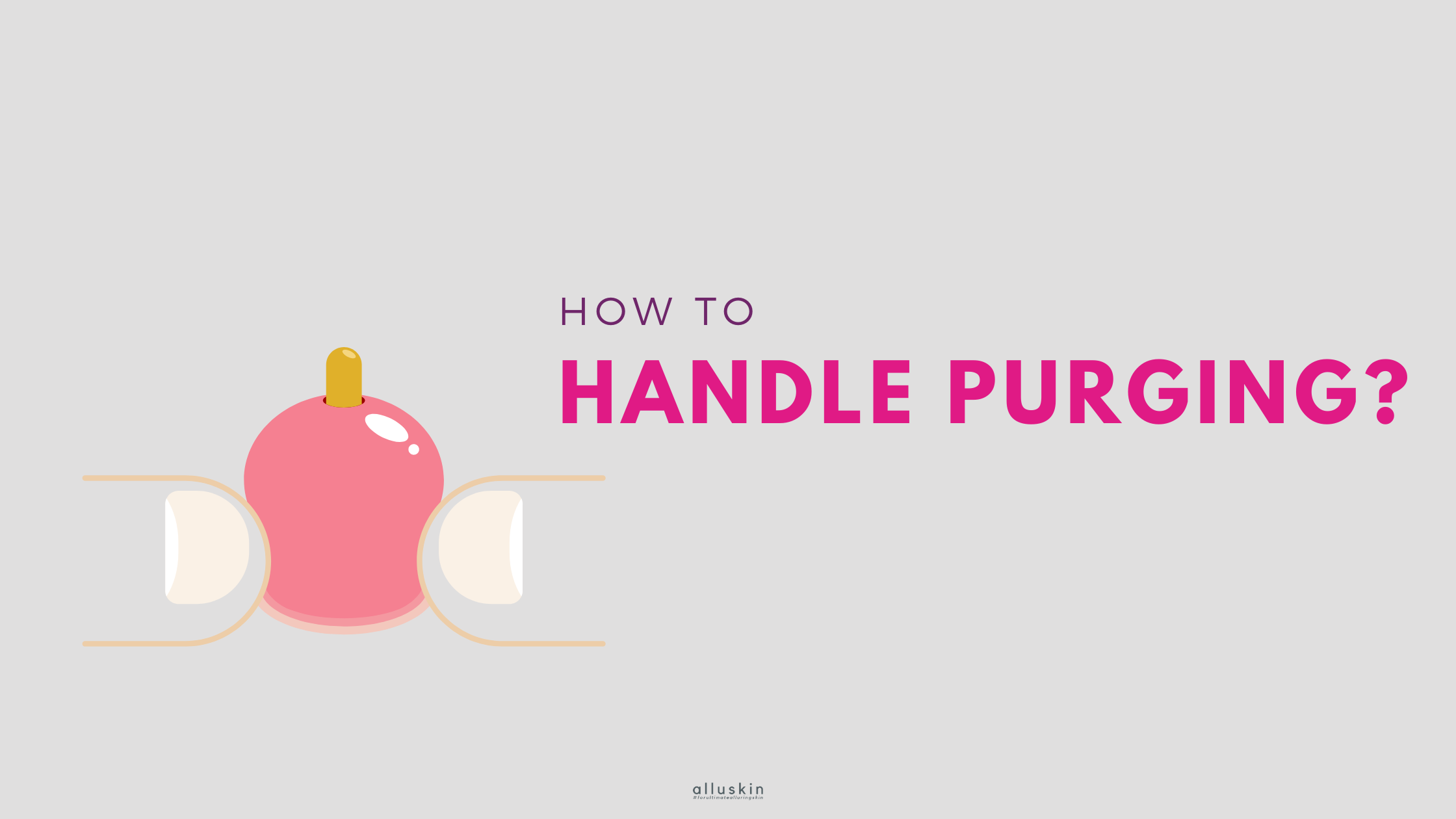 We have talked about purging in general and how it differs from breakout. However, we haven’t told you how to handle purging and how to make it bearable.

Soothing products should be able to calm down your pimples due to purging. The top soothing ingredients are allantoin, licorice root, cucumis and etc. For example, Alluskin Hydrating Toner has allantoin to soothe irritated skin and angry pimples.

CONTINUE TO USE THE PRODUCT

Just like what we have explained in previous posting, purging process occurs to increase your skin turnover rate. Thus, the purging process is normal if you are using any products that contain active ingredients. The process will stop once you stop the products. However, you will not be able to experience the full benefits of the products. Thus, continue using it and it will get better after a month or two.

DO NOT FORGET YOUR BASIC SKINCARE ROUTINE

AVOID PICKING UP YOUR PIMPLES

Do not pick your pimples. Instead, use acne spot treatment or acne patch test to fight that angry pimples. Picking up your pimples will cause further irritation and lead to breakout if they are infected.

Lets’ recap the lists of active ingredients that can cause purging:

Note: If purging lasts more than 2 months even if you are not changing your product frequently and never pick your pimples, you are most like experienced breakout instead of purging.

Double cleansing method. What does it means?
Dec 23, 19