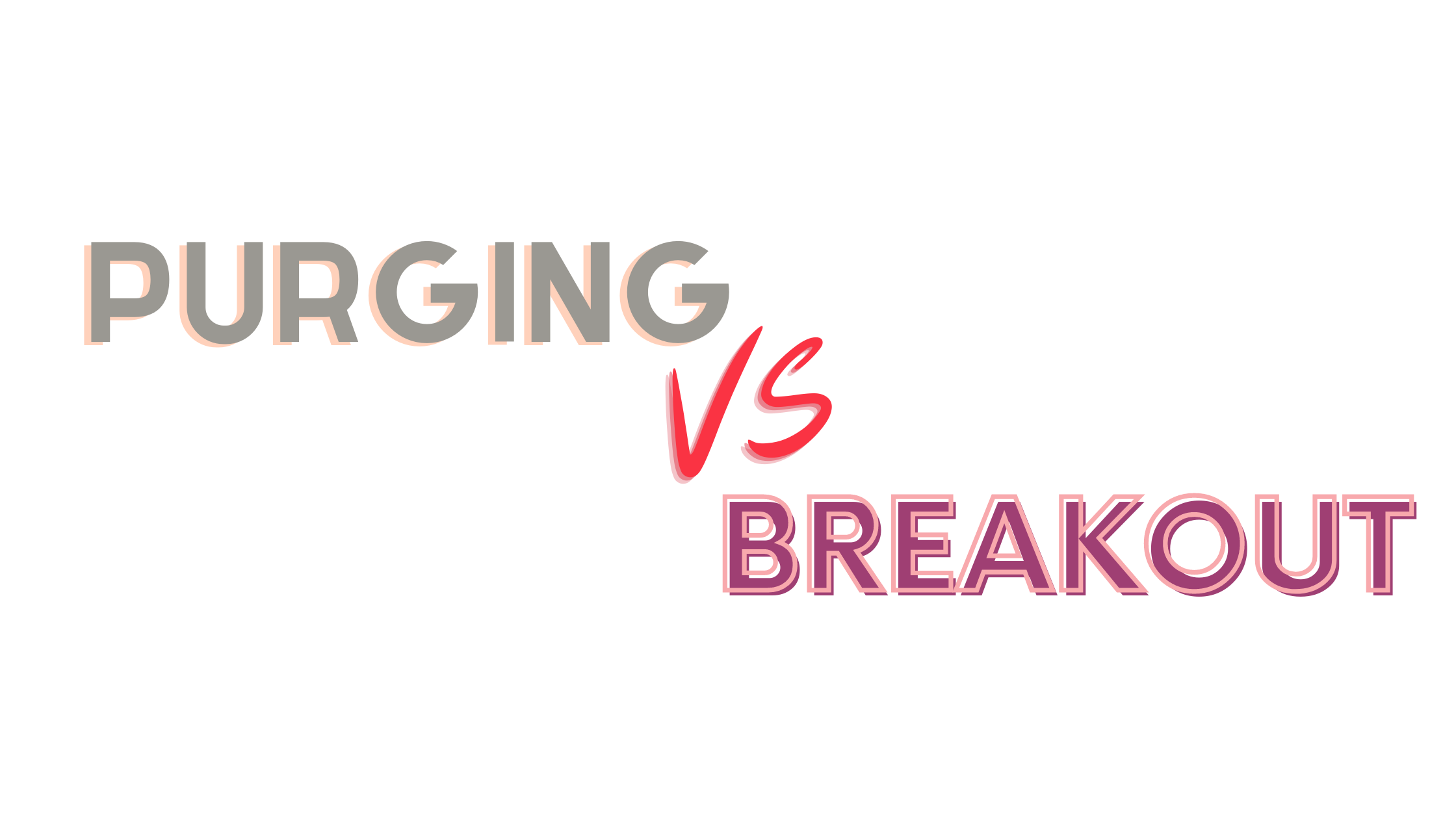 A lot and a lot of skincare brands claim that their product can cause purging instead of breakout. It maybe true if their product contains active ingredients. For those who are still unsure what is purging, you may read it over here: What Is Purging All About?

Today, we are going to explain the differences of purging and breakout and how to recognize whether you experienced purging or breakout.

The fact is, purging can occur if you are using active ingredients to increase your skin turnover rate. For example, if you are using Alluskin Purifying Cleanser, you might experience purging due to the glycolic acid in it. It brings out the dormant (read: sleeping) pimples under your skin so that you will have your clearer and smoother skin faster.

While for breakout, it happens because your skin is reacting towards irritating ingredients. For example, if your skin is sensitive to paraben, using it might cause itchy tiny bumps to appear and continuing the usage of the product cause further irritation and makes your skin condition worsen.

HOW TO EXACTLY DIFFERENTIATE BETWEEN THOSE TWO?

Pimples due to purging will appear and disappear faster. While pimples due to breakout can lasts for weeks if you are not treating it properly.

If you are unsure whether your skincare products have any active ingredients or not, look up on the internet or refer to the lists below:

Note: If purging lasts more than 2 months even if you are not changing your product frequently and never pick your pimples, you are most like experienced breakout instead of purging.

Double cleansing method. What does it means?
Dec 23, 19